Chabad-Lubavitch is a philosophy, a movement, and an organization. It is considered to be the most dynamic force in Jewish life today.

Lubavitch appropriately means the “city of brotherly love”The word “Chabad” is a Hebrew acronym for the three intellectual faculties of chochmah—wisdom, binah—comprehension and da’at—knowledge. The movement’s system of Jewish religious philosophy, the deepest dimension of G‑d’s Torah, teaches understanding and recognition of the Creator, the role and purpose of creation, and the importance and unique mission of each creature. This philosophy guides a person to refine and govern his or her every act and feeling through wisdom, comprehension and knowledge.

The word “Lubavitch” is the name of the town in White Russia where the movement was based for more than a century. Appropriately, the word Lubavitch in Russian means the “city of brotherly love.” The name Lubavitch conveys the essence of the responsibility and love engendered by the Chabad philosophy toward every single Jew. 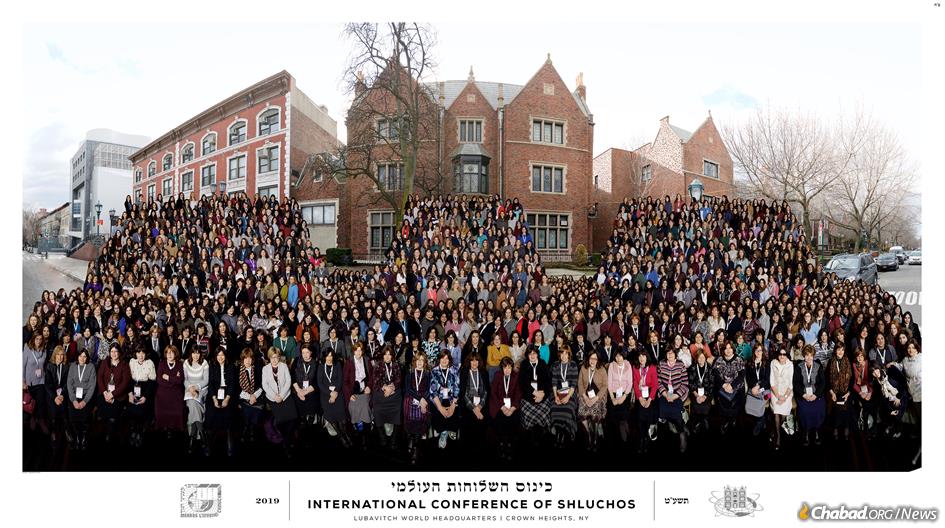 Thousands of female Chabad-Lubavitch emissaries gather for their annual photo.

Following its inception 250 years ago, the Chabad-Lubavitch movement—a branch of Hasidism—swept through Russia and spread in surrounding countries as well. It provided scholars with answers that eluded them, and simple farmers with a love that had been denied them. Eventually the philosophy of Chabad-Lubavitch and its adherents reached almost every corner of the world and affected almost every facet of Jewish life. 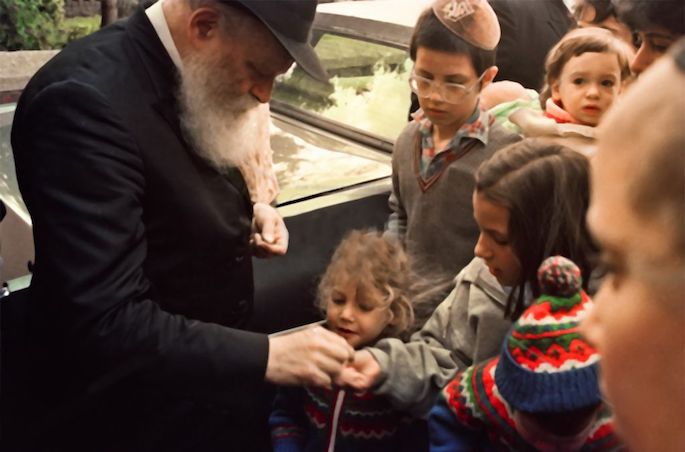 The Rebbe gives a young girl a coin so that she can donate it to charity (1980s).

In our generation, the Lubavitcher Rebbe, Rabbi Menachem Mendel Schneerson of righteous memory (1902–1994), known simply as “the Rebbe,” guided post-holocaust Jewry to safety from the ravages of that devastation.

The origins of today’s Chabad-Lubavitch organization can be traced to the early 1940s, when the sixth Lubavitcher Rebbe, Rabbi Yosef Yitzchak Schneersohn of righteous memory (1880–1950), appointed his son-in-law and later successor, Rabbi Menachem Mendel, to head the newly founded educational and social service arms of the movement.

Today over 4,500 full-time emissary families direct more than 3,500 institutions Motivated by his profound love for every Jew and spurred by his boundless optimism and self-sacrifice, the Rebbe set into motion a dazzling array of programs, services and institutions to serve every Jew.

Today over 5,000 full-time emissary families (2,000 in the United States) apply 250-year-old principles and philosophy to direct more than 3,500 institutions (and a workforce that numbers in the tens of thousands) dedicated to the welfare of the Jewish people worldwide.